It was five years ago that I discovered my own severe gluten sensitivity. I was staying at a health retreat in Thailand, where I literally consumed only juices and broth for 26 days. Safely, I broke fast with raw fruits and vegetables, and continued on with a gentle reimmersion into “regular” food culture with 8 days of healthy vegetarian meals at a Buddhist monastery where I was taking part in a silent meditation retreat.

After all that time – what was essentially a 30-day total cleanse and elimination diet –  I had naturally lost a significant amount of weight. 30 pounds, or 13.6 kilos to be exact! It was never to be a truly sustainable weight loss, but my previous experiences had taught me that it would take about 4 months for half of that weight to return. This time, however, was different.

Within only a couple of days at the monastery, 20 of those pounds (9k!) came galloping back on faster than the tides at Mont St. Michel! I was experiencing terrible pain in my joints, my face had swollen beyond recognition, and the skin on my ankles looked like it was going to split. I had terrible headaches, congestion, and truly horrific gastrointestinal distress. In photos, my own friends could not even pick me out of the crowd!

Being the daughter of a Registered Nurse who specialized in triage, I was trained from childhood to examine every medical facet of the situation. Was it environmental (mold – we were in the jungle), or something that I was putting into my body (food or drink consumption)?

Since my allergies were not otherwise acting up, I concluded that it had to be something that I was eating, and on my 5th day there, switched back to eating only raw fruits and veggies as opposed to the rice porridge or absolutely luscious curries that generally included the meat substitute seitan (aka PURE GLUTEN!!). My symptoms were slightly relieved, thank goodness, and I continued on with the 8 – 10 hours of meditation per day that the retreat commanded. I actually attribute my ability to cope with what was happening with the meditation skills I was learning – you really can change matter with your mind!

It wasn’t for a couple of weeks, however, that I returned to normal. I stayed mostly raw & vegan during that time to give my body the best chance to recover, drank tons of water, and exercised daily. My body became “clean” again before I flew home to Rhode Island for a family visit before returning to my position on a yacht then based in Italy. And after all of that hard work, upon eating my first plate of pasta, the edema (swelling), gastro distress, congestion, and more symptoms returned. Having had experience feeding Celiac clients and watching my Celiac aunt accidentally get “glutened” at a restaurant, the connection to what was happening to me and gluten became clear, and I quit cold-turkey.

It had been suggested to me in my early twenties that I had a gluten sensitivity, but I scoffed at the nutritionist, saying “No way! I LOVE bread! I could eat it all day, every day!” I had evidently been living with these symptoms for so long that I had gotten used to them, but their strength post-cleanse was too much for me to bear. At the time, one had to be consuming gluten for 3 months contiguously in order to be tested for Celiac sprue, and I was not willing to put myself through that pain, so I have never been tested. That does not mean that my symptoms are not real, painful, and traumatizing. When I get “glutened” these days, the onset of symptoms is pretty immediate and the aftershocks last for days. Fatigue paired with insomnia, brain fog, heartburn, sinus issues, belly pain, bloating, and the need to be right next to an available bathroom at all times are normal. My dentist noticed the telltale brown spotting on my molars and enamel malfromation that often accompanies gluten sensitivity and Celiac disease.

Eventually, I even stopped cooking with gluten, as just breathing the particulates while making bread or pasta would cause the same reactions as eating. You would think this would be a death sentence for a chef’s career, right? Wrong. If anything, discovering my own severe intolerance made me a better chef, and I am so grateful for it!

Because I could not consume gluten, I had to broaden my own eating repertoire, which of course broadened my cooking repertoire! Happily, I had already eaten my way around the world and could use that fact to recreate dishes and flavors without relying on wheat, barley, or rye. I paid more attention to labels, and learned more about what actually goes into prepackaged sauces (like soy sauce!) and shortcuts than most people are ever aware of. This was actually an enjoyable exercise, helped me be better prepared for more allergies than just my own, and definitely influenced my transition to cooking with only whole, organic ingredients.

It has been five years now, and my continuous studying of this topic has branched out into so many other connected nutritional forums. It inspired me to start specializing in restrictive diets and autoimmune conditions. This intolerance pushed me to learn more about feeding to heal and battling inflammation with nutrition. These days, I love being a chef who can offer delicious, healthy, and familiar options to those who for whatever reason – rheumatoid arthritis, eczema, epilepsy, thyroid conditions, Crohn’s, colitis, rare necrotizing bone conditions, Celiac, and more – have been steered towards a gluten-free lifestyle. There is nothing better to me than seeing a client who is used to very limited options in a primarily gluten-filled world discover that they can safely eat everything on my menus. As an added benefit, I have learned how to cook deliciously for low-sodium, low-carb, diabetic, heart-disease, and other diets, as well. My theory is that as many people as possible should be able to enjoy my meals together; I call it Equal Opportunity Eating.

Not every body needs to be gluten free, but I do, and I am here for anybody who does! For those who don’t, chances are you have a guest at your dinner party who does – and with a gluten-free gourmet menu, every guest can enjoy themself without anybody missing a thing.

What about you? How did you discover that you were gluten sensitive or Celiac?

« Multiple Food Restrictions? No Problem!
Stir-Fry It Up, Little Darlin’… » 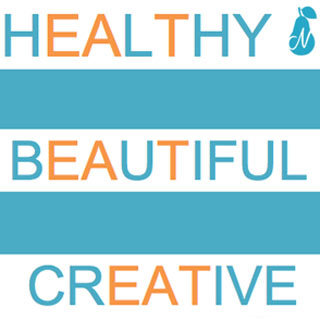